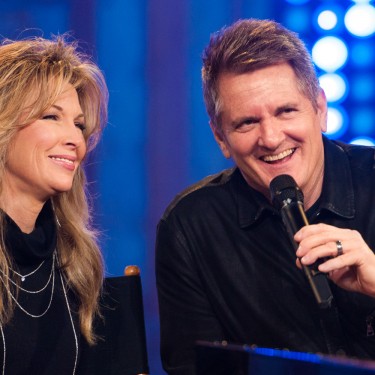 TBN Yetu derives its name from Trinity Broadcasting Network (TBN), the largest Christian television network in
the world, and 'Yetu' a Swahili word meaning 'Ours.' The launch of this exciting new channel is in line with TBN
Africa’s vision, which is to reach countries across the African continent with Christian programming that is
authentic, afro-centric and thought-provoking.

Matthew Crouch, President of TBN International said, “For forty-seven years the mission of TBN has remained
unchanged. It’s to use every available means to reach as many individuals and families as possible with the
life-changing Gospel of Jesus Christ.” As these means have grown over the last decade with online platforms
becoming one of the main players in the content distribution space, TBN Yetu’s further mission will be to take
the gospel not only to every home in Africa but also to place it on every online device, allowing for African
audiences to take it with them wherever they go.

This is the ‘Yetu’ in TBN Yetu where audiences will be given ownership of the channel as they will be able to
decide where and when they would prefer to experience the life-changing programming on this channel.
Furthermore, the original programming that is home-grown, representing a wider range of regions on
the African continent, will distinguish TBN Yetu as a channel that truly reflects the vibrant and diverse worship
of Africa.

Lucky Mbiko, Managing Director of TBN Africa, says, "It is to be expected that after four years on the ground,
following the launch of TBN Africa, we have come to understand the unique way that Africa loves to worship.
TBN Yetu hopes to complement this worship with programming that will showcase the love that God has for
this continent.”

We believe that the Holy Bible is the inspired, infallible, and authoritative source of Christian doctrine and precept.

We believe that there is one God, eternally existent in three persons: Father, Son and Holy Spirit.

We believe that man was created in the image of God, but as a result of sin is lost and powerless to save himself.

We believe that the only hope for man is to believe on Jesus Christ, the virgin-born Son of God, Who died to take upon Himself the punishment for the sin of mankind, and Who rose from the dead, so that by receiving Him as Savior and Lord, man is redeemed by His Blood.

We believe that Jesus Christ in person will return to earth in power and glory.

We believe that the Holy Spirit indwells those who have received Christ for the purpose of enabling them to live righteous and godly lives.

We believe that the Church is the Body of Christ and is composed of all those who, through belief in Christ, have been spiritually regenerated by the indwelling Holy Spirit. The mission of the Church is worldwide evangelization on the one hand, and the nurture and discipline of Christians on the other.